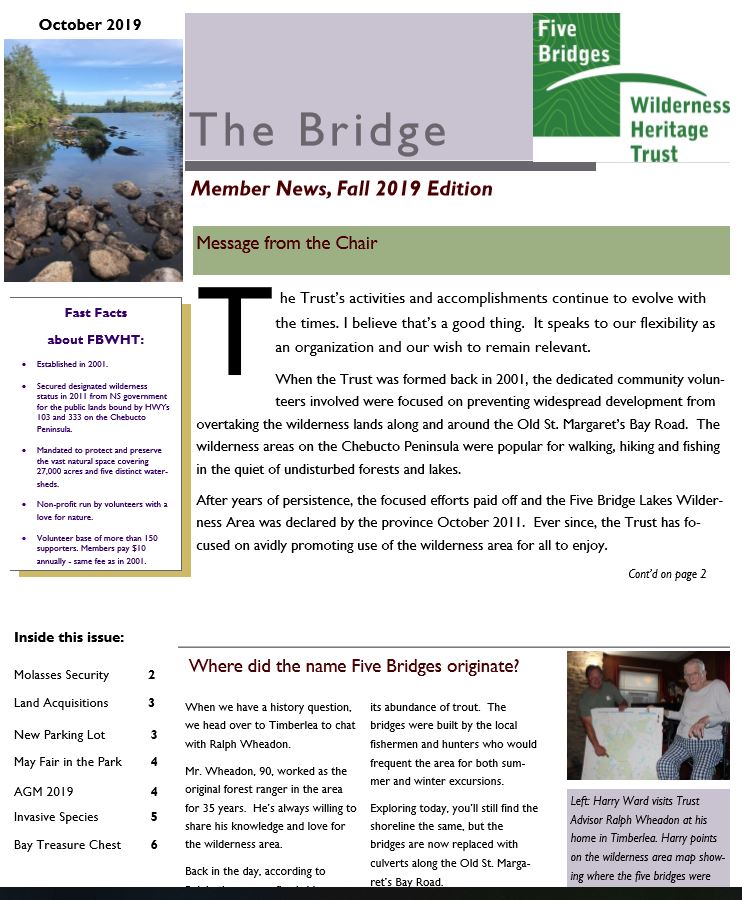 We love to keep our community informed and usually use e-newsletters and e-announcements these days; however, we’ve recently pulled together a new eight-page edition of our traditional newsletter The Bridge and made it available in print and electronic format.   Thanks to all contributors.

Enjoy the Trust’s news from October 2019.

Past editions of The Bridge are also available here: